Tourist town in the south of the island of Tenerife with a surface area of 84.6 km2 and more than 15 kilometres of beautiful beaches of volcanic origin, Arona is an international reference point in terms of quality and excellence. 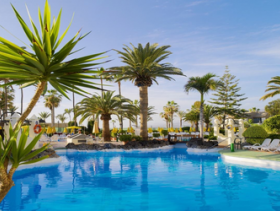 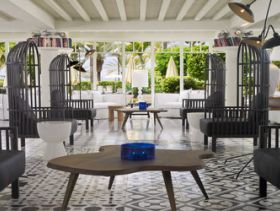 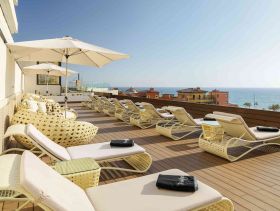 Tourist town in the south of the island of Tenerife with a surface area of 84.6 km2 and more than 15 kilometres of beautiful beaches of volcanic origin, Arona is an international reference point in terms of quality and excellence.

The boundaries of Arona

The unique orography of Tenerife affords the island a wide variety of flora and fauna as a result of the diversity of its ecosystems. The southern area of the island is predominated by semi-desert areas, low-lying rocky coastlines and sandy beaches. Evidence of the volcanic origins of the island can be found in Arona, where attention should be drawn to a series of volcanic domes formed by lavas that were rich in silica: the rock formations referred to as Jama, Vento, Montaña Chijate and Malpaso or the protruding dome of the Montaña de Guaza. Given that Arona is predominated by arid soils, efforts have been made to ensure that newly constructed tourist areas are afforded green areas.

Arona possesses a dry, warm climate, with very little rainfall and mild temperatures throughout the year. This climate favours bushy scrubland in the coastal area, referred to as the cardonal-tabaibal, which is perfectly adapted to living in conditions where water is in short supply. At altitudes over 500m, we find wooded areas and traditional agricultural cultivations. The municipality possesses what is perhaps the most important agricultural valley on the island: cultivation is primarily focused on bananas, tomatoes, papayas and flowers.