Through presentations, experiences and round tables, as well as a meeting aimed at groups, associations, destinations and technicians, the Provincial Council of Huelva promotes sustainable tourism in the territory. 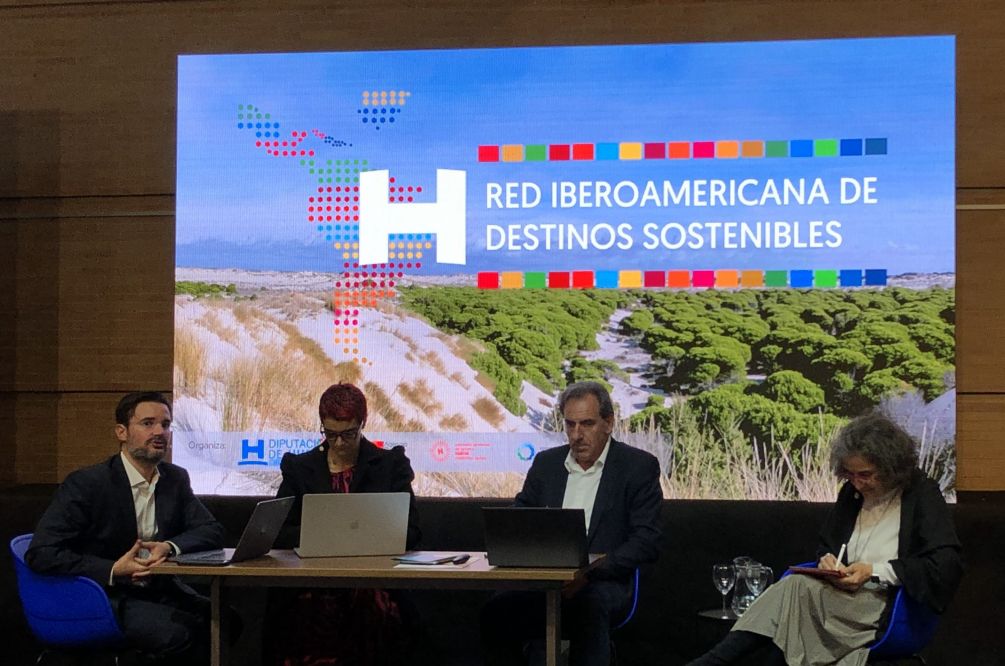 For the Huelva Provincial Council, promoting and disseminating the culture of sustainability, within the framework of the 2030 Agenda and the Sustainable Development Goals, is the spearhead of provincial policies, since the tourism sector is a transversal axis of local economies and, therefore, can become the transforming axis of our province in all senses.

Along these lines, the Ibero-American Network of Sustainable Tourism Destinations will constitute the framework within which the criteria for the achievement and promotion of a new way of understanding tourism competitiveness will be collectively agreed. A measure that will open up new horizons for tourism, shedding all negative connotations of the concept and beginning to understand it as the key moment for the generation of new opportunities, experiences and sustainable products, positioning all the Destinations involved and their companies in the tourism market in a responsible manner.

In order to turn the province of Huelva into a smart and sustainable destination, it is essential to count on the participation and collaboration of all the local public and private actors involved: citizens, tourists and visitors, entrepreneurs, local political agents and knowledge agents, among others. This was the aim of the conference held on Thursday 1 December at the Forum, where the Provincial Council had the opportunity to explain to political and technical staff of local councils and companies linked to the tourism sector, the methodology and the Biosphere seal promoted by the International Institute for Responsible Tourism ITR, through its president Tomás Azcárate.

The examples of two pioneering localities in this certification, Alájar and Aracena, were shown, which were awarded public recognition that was collected by the mayors of both municipalities. Likewise, the following companies were awarded Biosphere commitment and certification badges: Ohtels Carbela, Ohtels Islantilla, Ohtels Mazagón, Nature Space Jabugo, Hotel rural Finca la Media Legua, Posada San Marcos and Thursa Incoming, and the value proposition and return of the sustainability of the Biosphere seal in tourism companies was also shown.