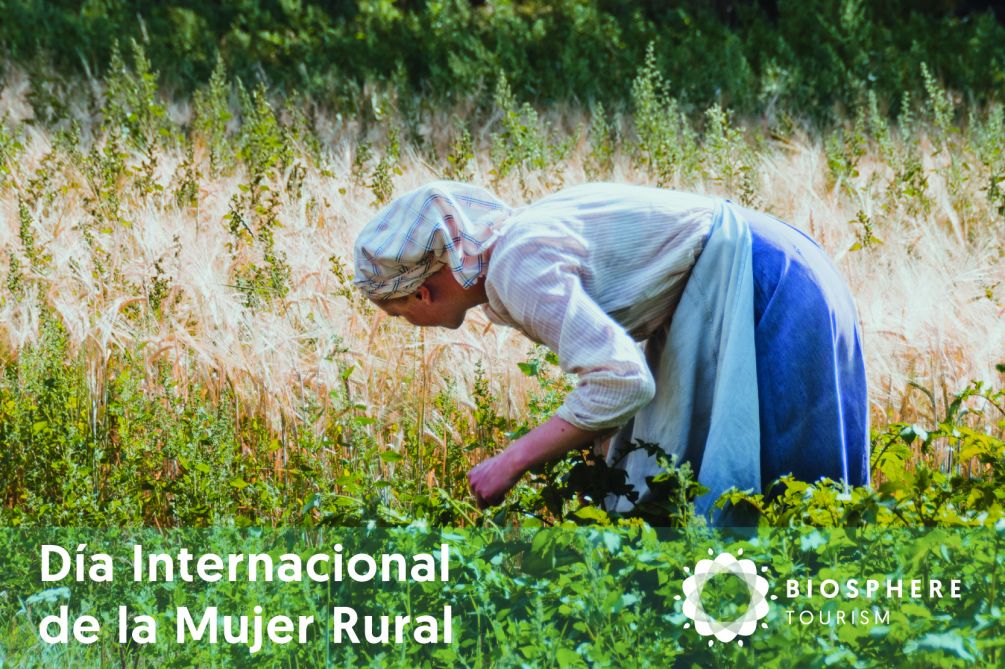 In many parts of the world, women play a key role in every step of the society’s food system; from production and processing to consumption and distribution, by ensuring the nutrition of the household and their community. Despite the importance of this work, unequal power relations between men and women continue to exist, both in households and in society. Discriminatory gender norms and practices, violence against women and a disproportionate share of unpaid care and domestic work continues to exist, resulting in unequal access to food and a bigger risk of malnutrition, undernutrition and food insecurity for women.

To recognize and raise awareness for the essential role and contribution of rural women to society - including indigenous women - the United Nations established October 15th as the International Day of Rural Women in 2008, to encourage the improvement of agricultural and rural development, food security and promote the eradication of rural poverty, as well as the inequalities these women are facing.

Today, 15 October 2021, the thirteenth anniversary of this important day, we would like to highlight the amazing initiative of the island of Tenerife, one of the member destinations of the Biosphere Community, which has developed the project “Rural Women of Tenerife”.

The promoters of the project state that, despite the changes that have taken place in the rural environment of Tenerife, the current reality of women in these areas is still hidden, both in statistics and in the recognition of their economic, social and cultural role.

The Tenerife Rural Women Project has several aims, among which are the contribution to the improvement of the social and economic situation of women living in the rural areas of the island, as well as the greater visibility it offers of the role of women in these areas and the inequalities they face.

With this initiative, the destination seeks to achieve greater levels of gender equality by carrying out qualitative research with a gender perspective to specifically analyse the conditions and position of women linked to the primary sector in Tenerife. In this sense, based on a series of studies and interviews with women in rural areas of the island, it is proposed to develop specific guidelines for action towards gender equality in the rural environment, placing value in the process to dialogue, reflection, joint learning and feedback that occurs between the research team and the respondents.

Thanks to this research model, it has been possible to identify a clear lack of information and data on the reality, needs and demands of women in rural Tenerife, which it is hoped will be covered in the future. As in many other destinations, rural women on the island still face significant obstacles due to the persistence of gender inequality and discrimination in society as a whole.

Biosphere encourages you to get to know and support the efforts made by Tenerife and the promoters of this great project. You can find more information about this initiative in the following link. You can also read the full research report here.