YES to the Self-production of Renewables in our Municipalities.
YES to proximity to energy demand.
NO to the industrialization of forests.
NOT to damage Biodiversity or agroforestry areas of landscape and ecological value.

Let's not fall into the trap again, let's not let Renewables become a sole lucrative business!
Macro-wind generators 200m high should be installed in already deserted areas, bare mountains, stretches of motorways or railways. Not in natural surroundings.

Sustainability must be self-consumptive and cooperative. Renewables are the future but they must be close to demand, they must not foster Industrialization of Forests or the Natural environment or we run the risk of deserting the earth more quickly than climate change itself. 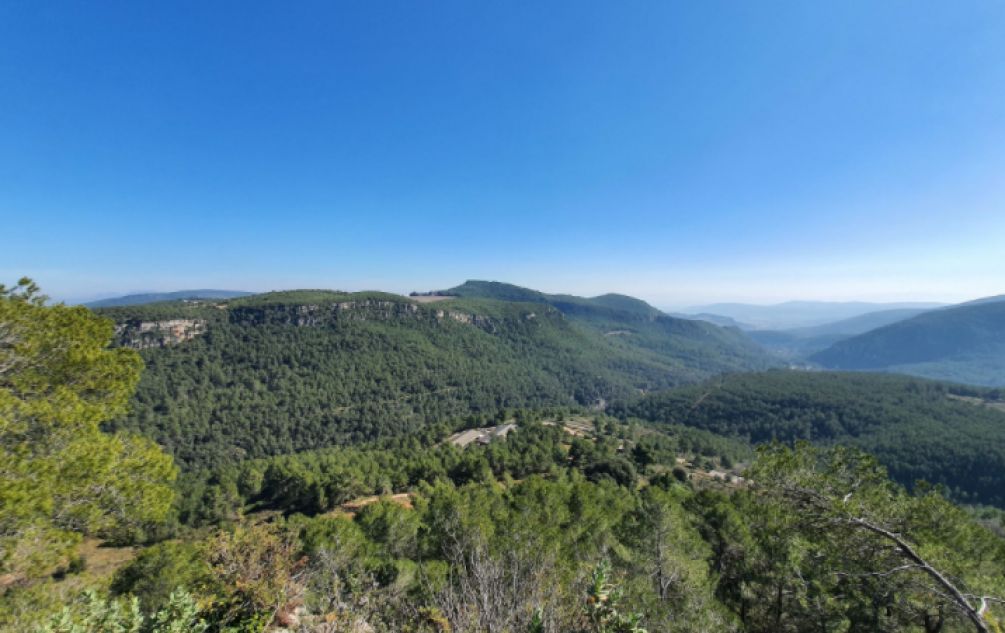 Masía Spa Can Pascol, together with the Bosque Verde-EdC Collective and SOS Penedès, are opposed to the construction of a Wind Farm in the municipality of Pontons, which will involve creating an evacuation line of more than 20 km, from Pontons to Moja. This park will be consistent of 9.200 m high wind turbines (three times the bell tower of Santa María de Vilafranca del Penedès) which will be located in an area of ​​migratory passage of birds, nesting of raptors such as the hawk, the goshawk, the eagle short-toed, the buzzard and the peregrine falcon. Around the park there are Bonelli's and Golden Eagle nests that use the park as a hunting area.

These raptors are the emblem of our mountains and indicators of biodiversity. That is why Colectivo Bosque Verde-EdC and SOS Penedès are against the construction of the park in this area. We do not want to industrialize our most virgin forests, the Penedès calmer. In addition, the chosen area is part of the biological corridor between the Sierras de Ancosa, Montmell and Alto Gaià. The production of renewable energies is the future, but it is necessary that they are constructed close to the energy demand, that they promote self-production in our municipalities and that they do not damage the most precious agroforestry areas and their landscape and ecological value as a biological connector of fauna and flora.

Putting wind turbines in the highest mountains of the Penedès will have a great visual impact and endanger our raptors, many of them in danger of extinction such as Bonelli's water. At Bosque Verde-EdC and SOS Penedès we do not agree that large-scale projects are being promoted that mortgage our future, such as the Pontons Wind Farm, the Terramar de Ribes Autodrome, the La Plana urbanization of the castle on the Cunit coast, logistics in the Penedès, the Fourth Belt, the expansion of urbanizations in Calafell-Vendrell, a new industrial estate in Masquefa (Clot del Xarel·lo 2) and many other projects that are on the table.

All these projects have the approval of the Generalitat or the Penedès Urban Planning Commission (owned by the Veguería governments), which will modify the territory in line with growth, in the midst of a pandemic with restrictions on fundamental freedoms, with perimeter confinement municipal and when the Territorial Plan of the Penedès is being discussed. All of this seems as if they did not care about citizens participation, the democratic rights are challenged due to the suppression of the same and climate change issues are easily disregarded.