Q-Beach, an organization and beacon plan to save the beaches this COVID-19 summer

The Granada-based consultancy SATOUR designs Q-Beach, an organization and beacon plan to save the beaches this summer, and offers free advice to municipalities throughout Spain for its implementation. The system has already been validated by the Institute for Responsible Tourism. 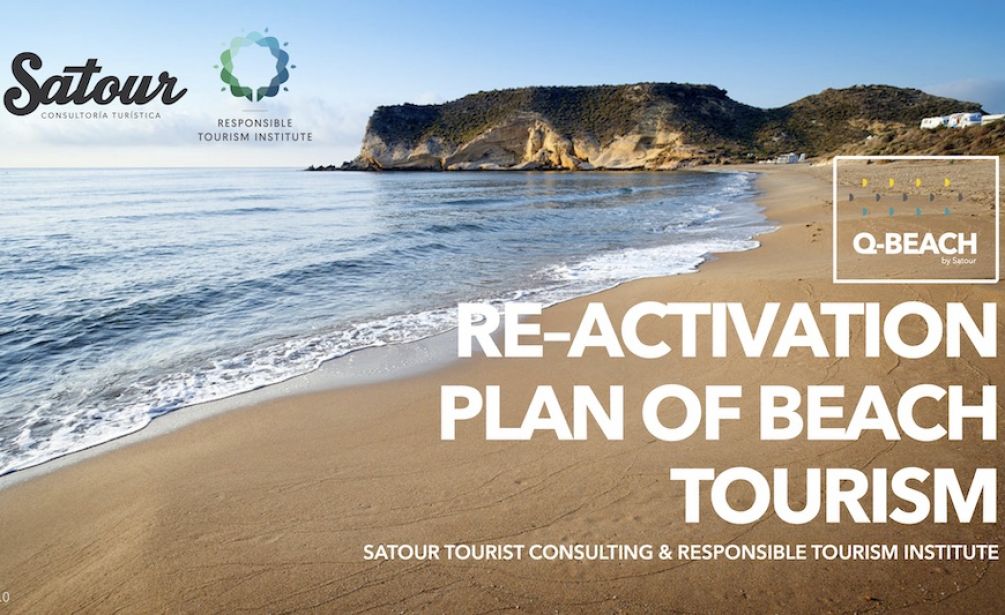 It is a solution based on offering support to the town councils of coastal zones applying a series of measures with the aim of adapting the beaches in a simple, economic and immediate way.

The large losses caused in the tourism sector by the spread of Covid-19 have led the Granada-based company Satour, dedicated to tourism consulting, to develop, together with the Institute for Responsible Tourism, a new sustainable model that allows municipalities, with character urgent, manage the adaptation of the beaches for this summer 2020 that will officially start in little more than a month.

This Beach Tourism Reactivation Plan was born as a response to the climate of mistrust and uncertainty experienced by this sector, the continuity of which is linked to a joint effort between the authorities and companies that have already made large investments to condition their businesses while respecting the new measures taken by the Government to proceed with its reopening, but which largely depend on the town councils managing the new beach model that encourages the arrival of tourists and vacationers.
The arrival of tourists and the overcrowding of the beach areas can be a great opportunity for businesses in the coastal towns, but it will be necessary for the authorities to adapt the spaces and offer a solution that is viable in time and easy to understand.

For this reason, the Satour team has developed a pilot program for the organization of the beaches. As Roberto Álvarez, promoter of the Q-Beach project, explains, "what is sought is to offer a tool that allows municipalities to organize the space to allow the population to enjoy sufficient security measures and entrepreneurs to have clients to serve. thus mitigating the devastating effect expected on business in these areas”.

Through a segmentation and beaconing of the beach, it is possible to provide easily recognizable visual references to users to help maintain safety distances. The proposal establishes a delimitation of the zones by sectors, these are divided into subsectors that in turn are divided into modules and finally, into plots. Similarly, lanes are established for entry and exit traffic and access to the bathing area.

Satour's proposal is the use of a modular, economic and delocalized manufacturing system, without installation or maintenance, without technology and easy to identify and understand for the user. Likewise, Roberto recommends that its manufacture be done in local companies to reactivate in turn the nearby economy.

Álvarez emphasizes that the study is offered without any economic interest. “We want to help reactivate the economy in the tourism sector and with it, thousands of companies that employ millions of people throughout the coastline. We offer a free advisory service to municipalities throughout Spain for the application of this methodology, the installation of which costs approximately 50 euros per unit, which must be paid entirely to local companies”.

Patricio Azcárate, Secretary General of the Institute for Responsible Tourism, has expressed his support for this initiative as it is aligned with the recovery plans of the destinations within the framework of sustainability and the achievement of the 2030 Agenda promoted by the United Nations. The institute is already disseminating this information to the governments of more than 30 countries with which it works closely.

For more information contacto hola@satour.es or +34 658 12 27 28. The document is available in english, spanish and portuguese.