The RTI reaches an agreement with REDS for the creation of the body of 'tourism sustainability indicators', which will try to assess compliance with the 17 SDGs around the world. Spain, Europe's leading tourism region, will be a pioneer in actively promoting the implementation of the 17 SDGs between governments, the private sector and civil society in relation to tourism. The 'tourism sustainability indicators' will be based on the compliance with the 17SDG, among which are the use of clean energy or climate action. 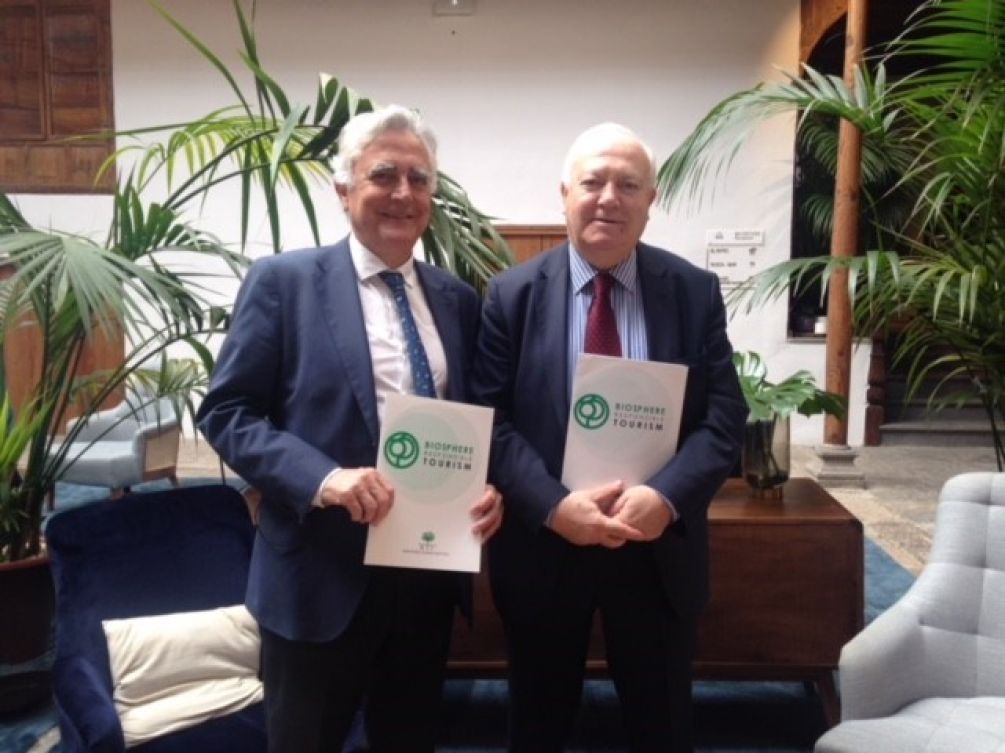 The Responsible Tourism Institute (RTI) international organization that promotes, for more than 20 years, responsible tourism around the world, and the Spanish Network for Sustainable Development (REDS, an institution associated with the United Nations to promote sustainable development in Spain) will sign on March 23 a collaboration agreement through which RTI, along with REDS, will develop a system of tourism sustainability indicators for the application of the 17 Sustainable Development Goals (17 SDGs) "to try to apply them in all countries. The aim is to define a series of indicators that will be used to verify the monitoring of the 17 SDGs in the tourism sector and, therefore, the compliance of destinations and companies in the sector with the necessary requirements to be considered sustainable.

The system of 'tourism sustainability indicators' will be based on the fulfillment of objectives which include the use of affordable and non-polluting energy, climate action, the promotion of responsible production and consumption, the reduction of inequalities, the end of poverty, gender equality ... The agreement between RTI and REDS takes into consideration these objectives for the creation of a series of compliance indicators for the sector, work in which the World Tourism Organization (UNWTO), the Network of European Regions for Competitive and Sustainable Tourism (NECSTour), the European Tourism Indicators System (ETIS) and the Global Compact will also participate.

The ultimate goal is to boost the application of the 17SDG among governments, the private sector and civil society in relation to tourism, by creating a body of specific indicators of sustainable tourism aligned with the United Nations evaluation system and with the rest of the European interlocutors involved in the agreement. This project will focus, in the first instance, on the development of tourism sustainability in Spain, with the expectation of extrapolating this model of indicators at an international level.

The tourism sector as a key area to promote sustainability

The collaboration between RTI and REDS thus arises from the need to mobilize and sensitize society towards the adoption of the provisions emanating from the 17 UN SDGs. Specifically, the agreement focuses on the tourism sector as a driver of change, given its influence and weight in the world economy, and in Spain in particular. It is, according to the agreement "an opportunity for the socio-cultural and environmental reactivation of those territories that are committed to the development of integral sustainable models."

"In a tourism context led by Europe, a region that was attributed the reception of 50% of world tourists last year according to the World Tourism Organization, prospects show again an upward trend in the number of tourists that Spain will receive in 2018 compared to previous years," say both parties. Thus, "under the opportunity presented by this national tourism scenario", the intention of the organizations that sign the agreement is to create "new collaborative alliances for the participatory and cross-cutting development of new tourism planning tools and instruments that pursue the sustainable regeneration of the current Spanish tourism model and its adaptation to the Sustainable Development Goals set by the 2030 Agenda".

According to the calendar set, the future body of 'tourism sustainability indicators' will be ready by the end of July 2018, to begin to be promoted after its use within the framework of the Spanish tourism sector.

RTI is an international organization has promoted, for more than 20 years, responsible tourism at the international level, helping all actors involved in the tourism sector to develop a new way of traveling and knowing the Planet. For this purpose, it has a Memorandum of Understanding with the United Nations Educational, Scientific and Cultural Organization (UNESCO). RTI is also a member of the World Tourism Organization (UNWTO) and was granted the European Award for the Environment in 2000.

RTI is based on the principles and recommendations of the World Charter for Sustainable Tourism +20, the 17SDG of the United Nations and the guidelines of the Paris Agreement (COP21) for the fight against climate change, to promote sustainable tourism from all fronts, through a system of certifications under the Biosphere brand.

For its part, REDS is the antenna in Spain of the Sustainable Development Solutions Network (SDSN) - a global initiative launched by the former Secretary-General of the United Nations Ban Ki-Moon in 2012. Its mission is to mobilize and sensitize the Spanish society, public institutions, and the private sector so that they may know in a more rigorous and committed way the Sustainable Development Goals (SDGs), as well as favoring their incorporation into public policies, business and the behavior of society in general. The main purpose of REDS is to activate universities, research centers, companies and civil society to solve practical problems on sustainable development.