Entity leaders met in a Webinar to discuss the importance of having a balance between environmental, economic, and socio-cultural aspects when developing tourist destinations 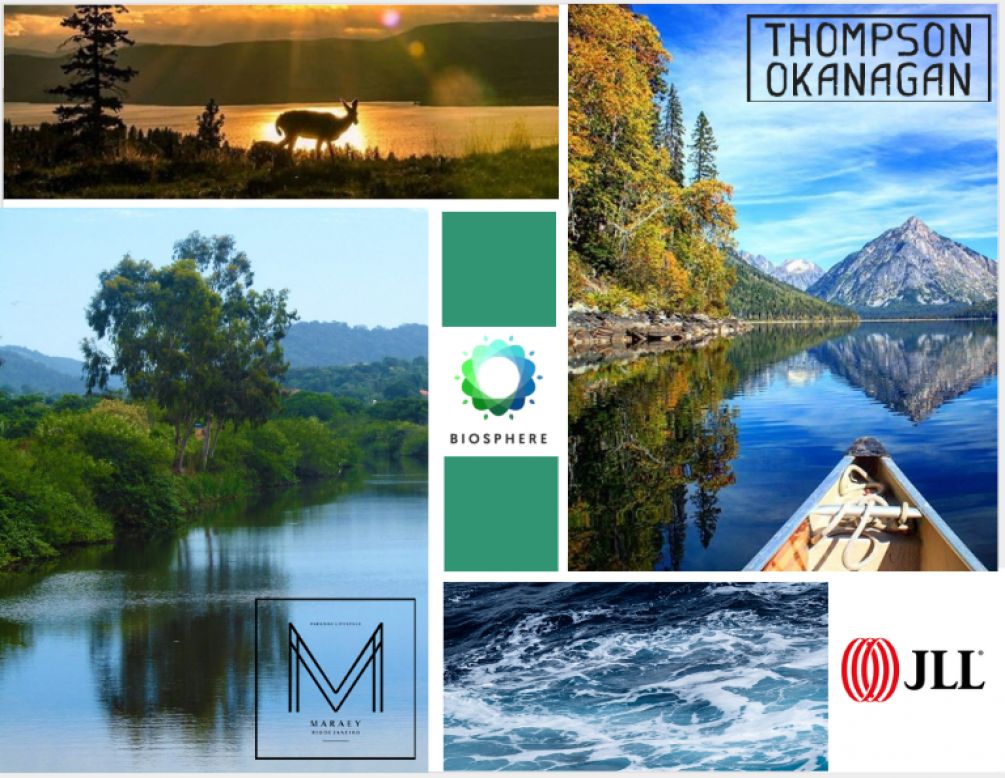 Representatives from entities in the Tourism sector met this week in a Webinar that discussed the future of sustainable tourism. The meeting was presented on the MARAEY project channel; MARAEY will be the main tourist and residential sustainable destination in Brazil. The Secretary-General of the Responsible Tourism Institute (RTI) and CEO of Biosphere España, Patricio Azcárate, was the moderator of the Webinar that also featured Emilio Izquierdo Merlo, CEO of MARAEY; Glenn Mandziuk, President and CEO of Thompson Okanagan Tourism Region (TOTA); and Ricardo Mader, Director of JLL Hotels & Hospitality Group.

Patricio Azcárate opened the debate by talking about the importance of having tourist destinations that are aligned with sustainability – a key element of the Biosphere certification seal, granted by the Responsible Tourism Institute (RTI), an organization born during the International Year of Sustainable Tourism for Development at conferences sponsored by UNESCO and the World Tourism Organization. To obtain the seal, projects must work on a series of objectives divided into three main areas: environment and climate change, governance and economy, and culture and social well-being to achieve certification.

During the debate, Emilio Izquierdo Merlo highlighted the importance of being part of the Biosphere community. MARAEY is the first private-sector project in the world to achieve the certification in the ‘Tourist Destination’ category. With the seal, the project reinforces the commitment to have its development be in line with the 17 United Nations Sustainable Development Goals (SDGs) and the most recent guidelines from the Paris Climate Conference.

“Our mission with MARAEY is to create not only the most incredible tourist destination in Brazil but also the most incredible residential destination. I know it is an ambitious statement, but we believe that we have the strengths and the opportunities needed to achieve that goal. The project, close to Rio de Janeiro and the main airports, is in the municipality of Maricá, which has important economic resources, services, and natural beauty. MARAEY includes three complementary hotels and an international Hotel Management university. And it is in a privileged location for housing with the highest standards of quality, design, and energy efficiency, ample open areas, and the best health, education, shopping, sports, and leisure services,” said the executive.

Glenn Mandziuk spoke about the experience of TOTA in British Columbia, Canada, analyzing the evolution of the work in the region, which received the Biosphere certification in the Gold category in 2017. He showed how they have been building responsible and sustainable tourism, with values that involve economic growth, dialogue with stakeholders and local communities, and connecting technology with sustainable tourism and appreciation for the local DNA.

“Having a relevant engagement with the local communities is a must. The TOTA region has 33 indigenous communities grouped in three different nations. We approached them to find out how they would like to engage with tourism, what their desires and needs were. It was a process of listening, not talking. Collaborative work was needed to create a relevant relationship with those communities and develop economic opportunities and advance local tourism, respectfully and with cultural authenticity, ”said Glenn.

In his presentation, he also defended building a development model that can bring progress to all, respecting the history and tradition of the indigenous communities. He also said that a tourist destination that is for everyone needs to have inclusion and accessibility projects. “When we started the process and talked to the communities, 80% of the revenue generated by tourism occurred during 45 days of the year. That was in 2012. If something happened during those 45 days, companies had to close. We work toward the same purpose in a huge area, with common, relevant values, both for the local community as well as for businesspersons and visitors. In 2018, we managed to expand that window to 110 days, and now we are determined to reach 200 days,” said the executive.

To talk about the future, Emilio Izquierdo showed that MARAEY, which will be developed on an 844-hectare coastal area with 8.5 kilometers of pristine beaches, a totally innovative project that will include Maricá and the State of Rio on the list of the most important tourist destinations in the world. MARAEY aims at becoming a global model for sustainability, with a balance between environmental, economic, and socio-cultural aspects. It will include tourist, residential, and service offerings, and the creation of the second-largest Natural Heritage Private Reserve (RPPN) of restinga vegetation in the State of Rio. The MARAEY project will have a land occupancy of only 6.6%, which is less than half of what it is allowed by applicable bylaws.

“The RPPN will be a natural paradise with permanent protection and based in MARAEY. It will be open to the public, and its maintenance will be financed by the company, hotels and other business units, and the people living at the complex. Sustainable tourism will be boosted with the allocation of around 0.7% of the total revenue of hotels toward sustainability projects - environmental, socio-cultural, and education” added the CEO of MARAEY. Emilio Izquierdo highlighted the public and private partnership to create the project as a pillar of making MARAEY a comprehensive sustainable destination. The project also has the collaboration of and support from the State Environmental Institute (INEA), from the municipality of Maricá, from the environmental departments of five universities (UFRJ, UFF, UFRRJ, UFES, and FURG), NGOs, architects, engineers, and specialists.

The Director of JLL Hotels & Hospitality Group, Ricardo Mader, ended the meeting by highlighting how important sustainability has become in the hotel business in recent years. He said that the increase in the number of people traveling has caused overcrowding in major tourist cities - especially in the summer - and, therefore, there is a strong community looking for new destinations. MARAEY will be a preferred destination in that context, a highly sustainable project that will be an example for the world.

“Many people today are looking for destinations where they can have greater contact with the environment, places with less density where they can have unique experiences. According to the World Travel and Tourism Council, Brazil is the leading country when it comes to the number of searches on nature, but it does not take advantage of that. When we talk about Latin America, we are sixth in the world. I am proud that MARAEY will bring this new tourism trend, focused on nature,” he said.