The Gaudí Crypt in Colònia Güell, a Biosphere certified entity, has been awarded as the best Cultural Heritage in Europe for its sustainable management.

The Gaudí Crypt of the Colònia Güell has won the first prize in the category of Best Cultural Heritage at European level in the 'Destino de Turismo Cultural Sostenible 2018' awards. The resolution of the contest, summoned by the European Cultural Tourism Network (ECTN) was announced in Pafos, Cyprus. Representatives of the finalist destinations and resources attended the ceremony, where the important role of Cultural Tourism for improving competitiveness and sustainability of the destinations of the member countries was highlighted. 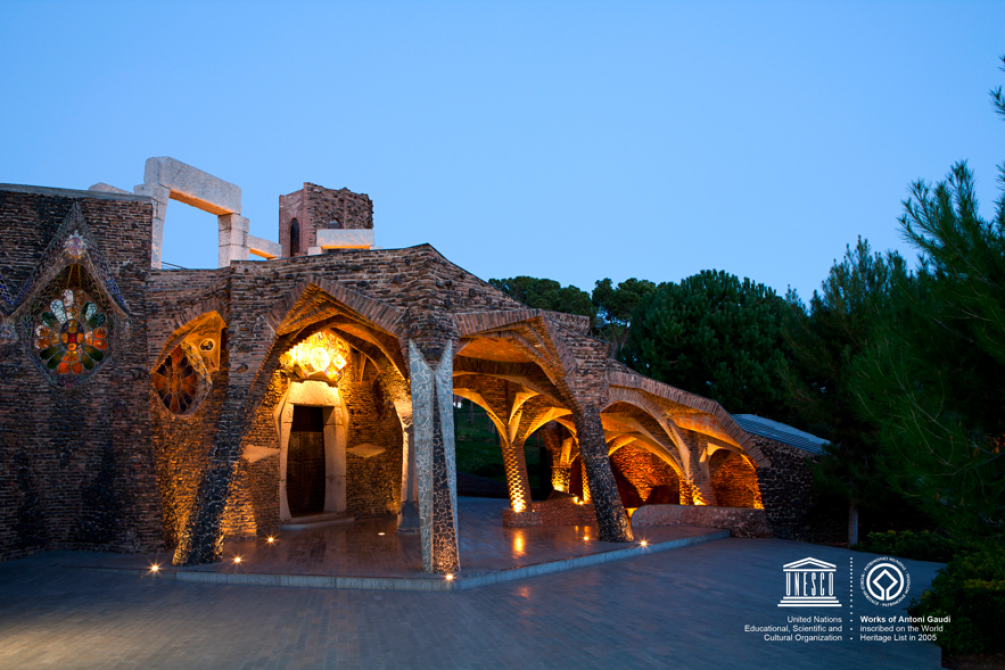 The objective of the ECTN awards is to improve the visibility of cultural tourism destinations, as well as to create a shared network of knowledge and experiences amongst them. For this reason, this year the ECTN seeks to make a special contribution to the ten European Initiatives set for the European Year of Cultural Heritage 2018, especially to the one regarding "Tourism and heritage: promoting sustainable and responsible cultural tourism".

Cultural tourism is of increasing importance in Europe, a fact that translates into greater sustainability and competitiveness of this category of tourism in the member countries, and that helps improve its protection, promote the local GDP growth, and further the promotion of heritage and local traditions.

The awards for the best Sustainable Cultural Tourism Destination as a contribution to the European Cultural Heritage Year in 2018 have been organized by the ECTN in collaboration with Europa Nostra and the European Travel Commission, with the support of NECSTouR.

The Gaudí Crypt is part of the Colònia Güell, an industrial complex of the XIX century recognized as an Asset of Cultural Interest. Its owner, Eusebi Güell, commissioned Antoni Gaudí to design a church for its inhabitants, a project that the architect would use as a laboratory to develop and apply all his architectural innovations. In 2005 it was declared a World Heritage Site by UNESCO and was the first monument with this recognition to obtain the Biosphere Certification for the sustainable management of its services in 2013.

In 1973, the industrial activity in Colònia Güell concluded, and the Gaudí Crypt became the property of the Consorci de la Colònia Güell. In year 2011 the Consorci concessioned the management of visitors to the Crypt to the company Advanced Leisure Services (ALS) with the aim of adding tourism value to both the Gaudí Crypt and the Colònia Güell, which, until then, were little known to residents, visitors, operators and tourist intermediaries. Since then, the number of visitors and the revenues have increased significantly, and both are now part of the relevant, and with potential, attractions of the Destination Barcelona.