The governments of Zihuatanejo and Coyuca de Benítez, Mexico, sign the letter of commitment with the Responsible Tourism Institute.

Zihuatanejo and Coyuca de Benítez begin their journey towards continuous improvement hand in hand with the Responsible Tourism Institute, with the aim of aligning with the 2030 Agenda and the 17 SDGs, becoming members of the Biosphere Destination Community. 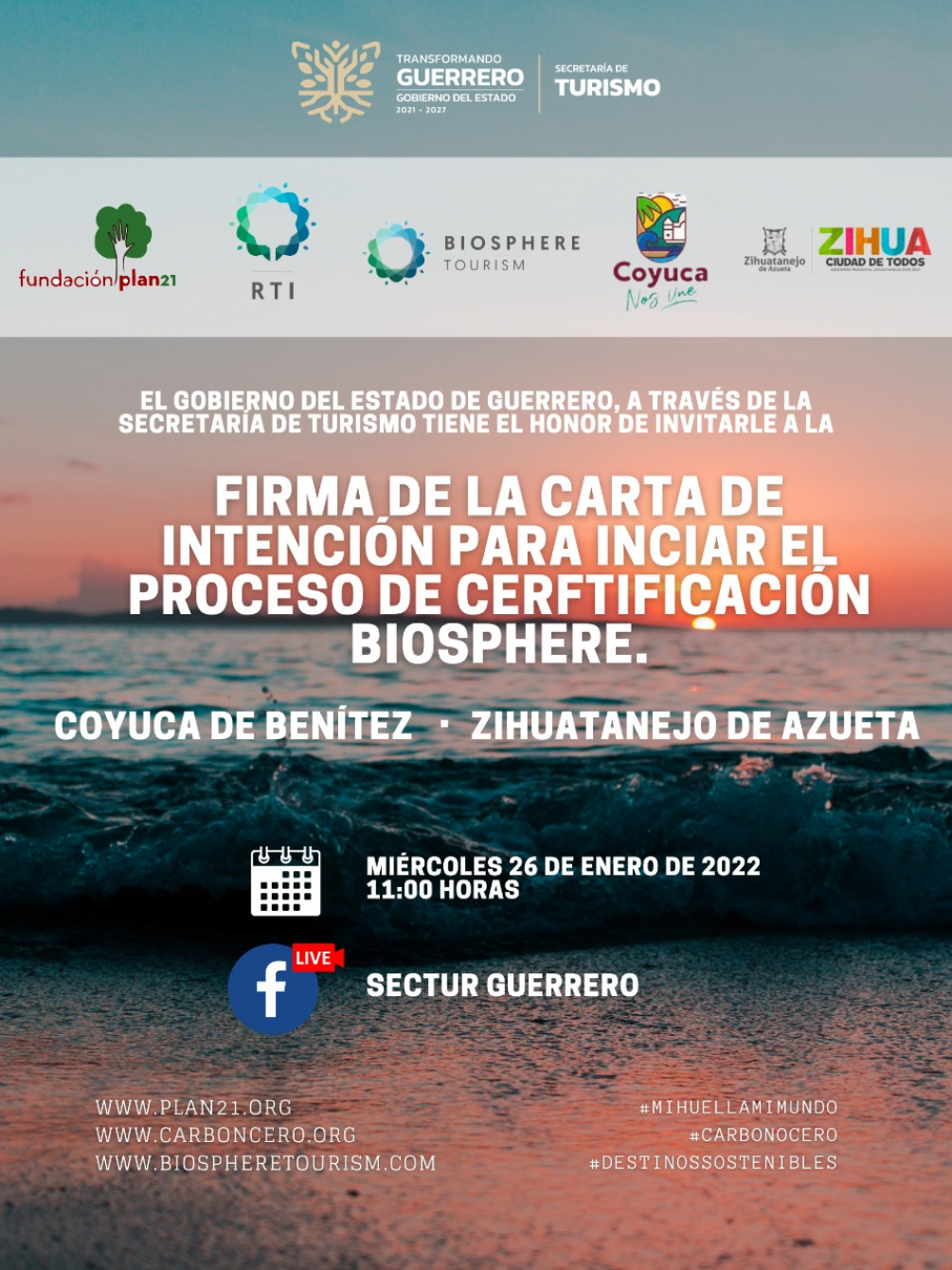 Signed up and ready to become a part of the Biosphere Destinations community, the Mexican destinations Zihuatanejo and Coyuca de Benitez are now ready to get in process and contribute to sustainable tourism globally.

The official signing of the letter to start the Biosphere continuous improvement process, was hosted by the social networks of the State Tourism Secretariat on Wednesday 26th of January 2022.

Present at the live broadcast were the general secretary of the Responsible Tourism Institute, Patricio Azcárate Díaz de Lozada, the delegate in the territory, Fabián Antonio Román, and the Secretary of Tourism of Guerrero, Santos Ramírez, and the mayors of Zihuatanejo, Jorge Sánchez Allec, and of Coyuca de Benítez, Osiel Salas Pacheco.

The Biosphere delegate and representative of the Plan 21 organization, Fabián Antonio Román pointed out this project of both municipalities was made in the interest of Governor Evelyn Salgado Pineda, from the past Tianguis Turístico that was held in Mérida, Yucatán. Román also pointed out the project as a part of a greater strategy, which will focus on two destinations who in his opinion are key destinations in Guerrero for sustainable development.

We look forward to sharing further news on the sustainability progress of both destinations and their businesses.

Don't miss the recording of the event. You can watch it here now.