The president of the Responsible Tourism Institute delivers the Biosphere certificate to Tossa de Mar.

Located on the Costa Brava between Barcelona and the French border, Tossa de Mar has achieved the Biosphere Destination certification. 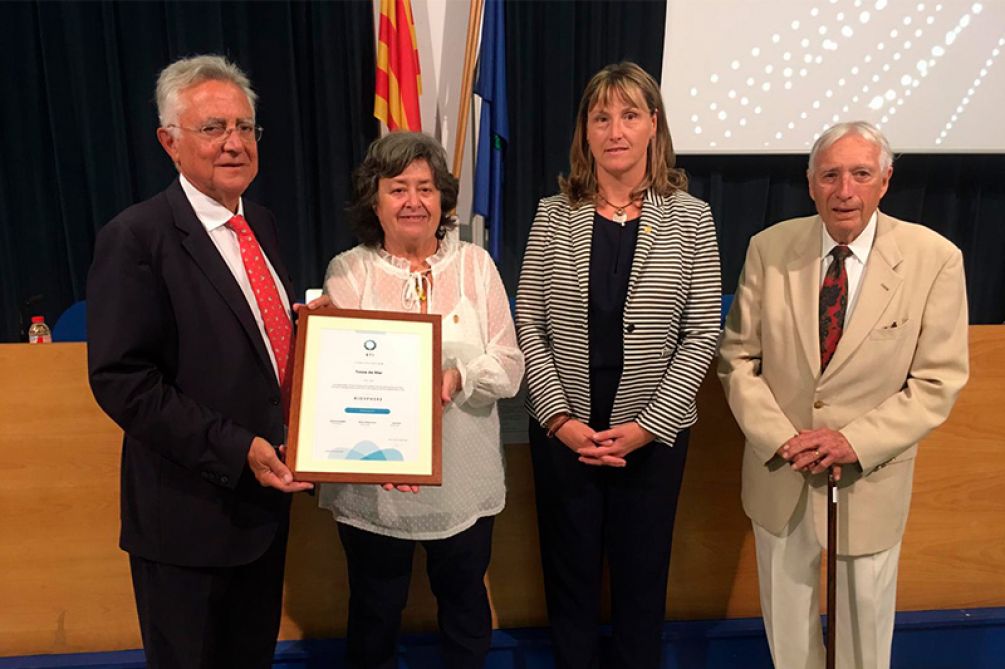 The Municipality of Tossa de Mar, has received from the hands of Luis Ramallo, president of Honor of the Responsible Tourism Institute and Tomás de Azcárate, president of the Institute of Responsible Tourism (ITR) and ex-president of the International Council of the MAB-UNESCO Program (1987-1996), the program of Environment and Sustainable Development responsible for the World Network of Biosphere Reserves.,the Biosphere Destination certification that accredits the destination as a Sustainable Tourist Destination.

María Ángels Pujals has highlighted the achievement of the Biosphere Certification as an important milestone in the path that Tossa de Mar started at the beginning of the year. "It will serve to position Tossa de Mar as a sustainable tourism destination, for its recognition and international presence and to align with the policies of the Generalitat of Catalonia." has pointed out the Councilor for Tourism.

The Tossa government team thanked the Government of Catalonia for its permanent involvement in the entire process that has led to the certification of Tossa de Mar as a Sustainable Tourism Destination. He has also pointed out this achievement as the result of a collective effort of institutions and social and business agents working in this field.

For its part, the Councilor for Tourism, has stressed the importance of Tossa de Mar as a destination that leads the process of implementation in Catalonia of the Biosphere Certification for its renowned tourism positioning as a sustainable destination.

Finally, the President of the ITR, Tomás de Azcárate, stressed that "today the tourist is more demanding. The Biosphere seal is a prestigious distinction that certifies compliance with the standards of the 17 Sustainable Development Goals (ODS). of the United Nations, integrated in the 2030 Agenda, and applies the guidelines and recommendations of the World Charter for Sustainable Tourism + 20. With the delivery of the Biosphere Certification, Tossa de Mar starts a path where it will stand out internationally as an example transferable to other cities "said Tomás de Azcárate.

The process for obtaining the Biosphere certification began with the signing of the Charter of Commitment for Responsible Tourism of the Municipality of Tossa de Mar. To grant certification, the Responsible Tourism Institute has assessed the following aspects: sustainable management, development economic and social, conservation and improvement of cultural heritage, environmental conservation, quality and safety and involvement of the visitor.

Among the strong points identified to recognize Tossa de Mar as a Sustainable Tourism Destination highlight the different plans, commitments and initiatives of the municipality in the fight against climate change, as well as in the protection of the coastline and its historical heritage. Positive aspects have also been valued, such as actions to raise awareness among the population regarding respect for the environment and the commitment of Tossa de Mar to Sustainable Development.