Cities like Barcelona or Gijón already have this certification, which is reflected in their transport systems, in the design of inclusive offers, the commitment to alternative energy and the promotion of green spaces.

Vitoria-Gasteiz has obtained the sustainable tourism certification Biosphere Responsible Tourism, awarded by the Responsible Tourism Institute (RIT), a major international organization responsible for certifying the condition of Sustainable Tourism Destination. This label, the first obtained by a municipality of Euskadi, will give Vitoria greater visibility in the international tourism market, braces the positioning already obtained as European Green Capital 2012 and opens new possibilities to attract visitors related to green and sustainable tourism.

The process for obtaining the Biosphere certification, in which Vitoria-Gasteiz has had the essential support of the Basque Tourism Agency, Basquetour, began in October 2015 with the signing of the Charter of Commitment to Responsible Tourism by the City Council of Vitoria-Gasteiz. For the granting of this certification, the ITR has assessed the following aspects: sustainable management, economic and social development, conservation and enhancement of cultural heritage, environmental conservation, quality and safety and involvement of the visitor.

In total there were 21 areas studied, which has involved interviewing a total of 29 persons, from the City Council and municipal enterprises. All previous analysis phases resulted in an Action Plan of 16 measures developed during the months from January to February, with the involvement of different departments, agencies and municipal enterprises. The final audit, that made possible to obtain the certification, was conducted in late May. It should also be noted that the certification has been achieved without the ITR having to raise objections on the documentation submitted.

Vitoria-Gasteiz has developed numerous sustainable initiatives on environmental, social, cultural and economic fields. Its commitment was rewarded by obtaining the highest recognition in Europe, the Green Capital, certificate that has positioned the city nationally and internationally.

These values of the city are the result of an ongoing commitment both in an institutional and citizen level, which will be the working guidelines that will be addressed in the future. Being tourism a transversal activity that uses local goods and resources of the entire destination, in Vitoria-Gasteiz it has been understood perfectly that it should be a sustainable activity in two ways: on the one hand, respecting the traditions and local values, and another, developing friendly activities with its resources.

In this context and through the certification, the city has embarked on the road to international recognition as a Sustainable Tourism Destination, responding to a growing market demand and reinforcing its particular position in it. Therefore, the city and its City Council embarked on the process of achieving the Biosphere certification, an international leader in sustainable tourism.

Among the strengths identified by the Responsible Tourism Institute for recognizing Vitoria-Gasteiz as a Sustainable Tourist Destination stand out the different plans, commitments and initiatives of the municipality in the fight against climate change, as well as the network of urban parks that make up the Green Ring and the role of areas such as wetlands Salburua when protecting biodiversity. They have also positively assessed aspects such as the actions of public awareness on the respect for the environment, the ease for practicing sports thanks to the quality of network equipment or the commitment of Vitoria-Gasteiz in the field of Development Cooperation.

The certification as a Sustainable Tourism Destination, a recognition created at the World Conference on Sustainable Tourism 1995 sponsored by UNESCO, gives Vitoria a competitive advantage in the tourism market of more than 30 million customers. In addition, this certification incorporates the 17 Sustainable Development Goals of the United Nations and the guidelines issued by the UN Climate Summit in Paris. Between businesses and destinations, there are about a hundred entities from three continents who have obtained to date the Biosphere certification. Cities such as Barcelona and Gijón already have this certification, which is reflected in their transport systems, in the design of inclusive deals, the commitment to alternative energy, promotion of green spaces, protection of local artisan sector, promotion cultural heritage and promoting the use of local products in the cuisine, among others. 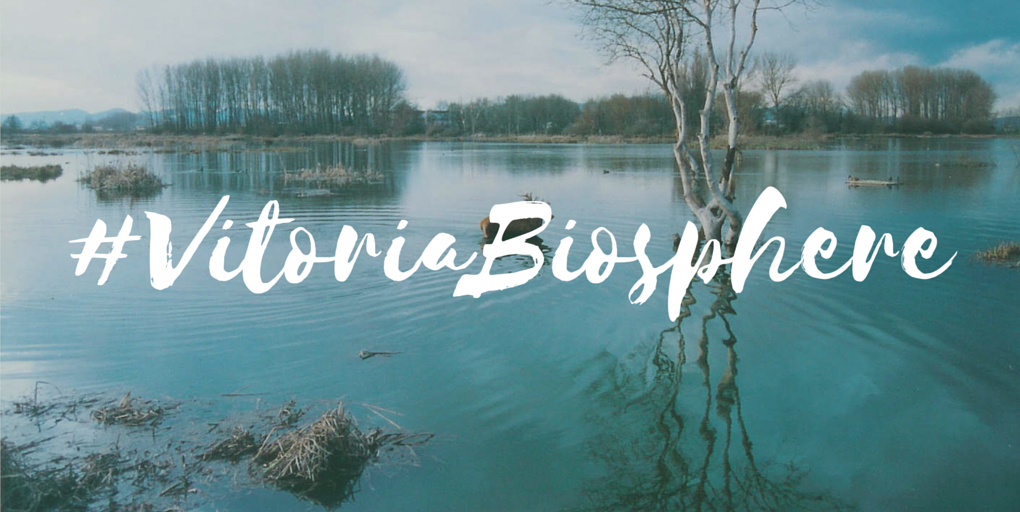