During the International Fair of Tourism FITUR which was held the last week of January in Madrid has served as a scenery for a significant congregation concerning responsible tourism: the meeting about Biosphere Community destinations, enterprises and all the stakeholders in sustainable tourism all around the world, gathered under Biosphere seal/stamp. It involves destinations with certification (or those which are in process) issued by the Responsible Tourism Institute (RTI), an international supporting entity towards companies and destinations across de world which are committed to taking the path towards sustainability. 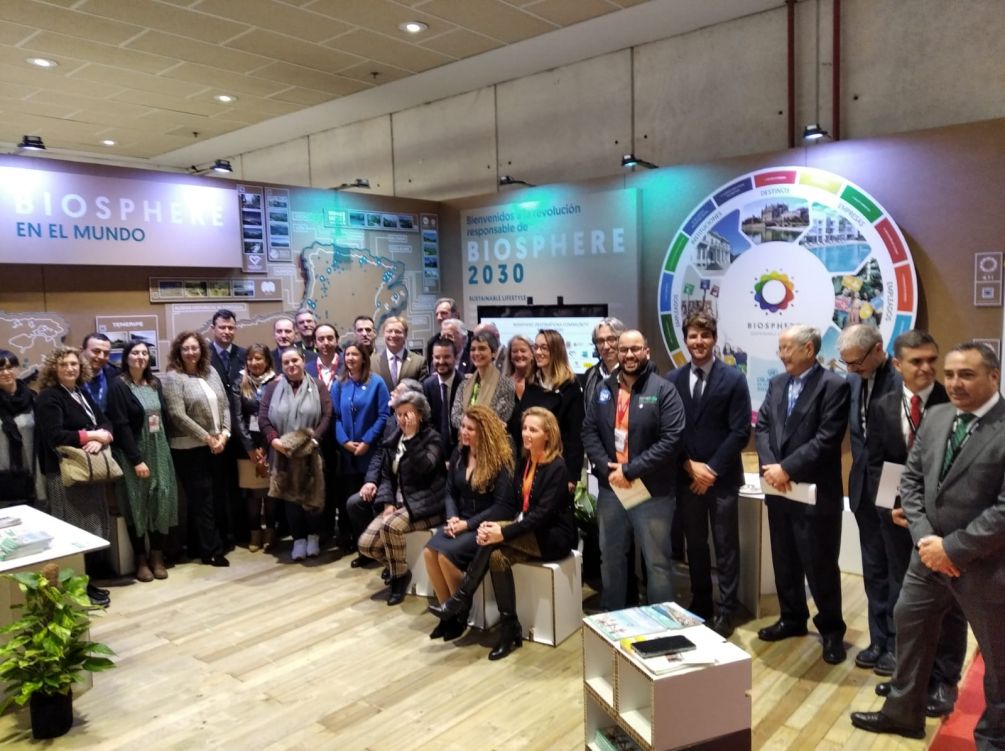 The stand served to highlight the leading role of destinations, enterprises, and not only communicators but also trend generators which help to reduce negative impacts in the destinations. This made throughout the selection, recommendation, and consumption of responsible and sustainable touristic products and experiences. Furthermore, a new methodology was made to know as the “Biosphere Sustainable Lifestyle”, the 2030 Revolution. 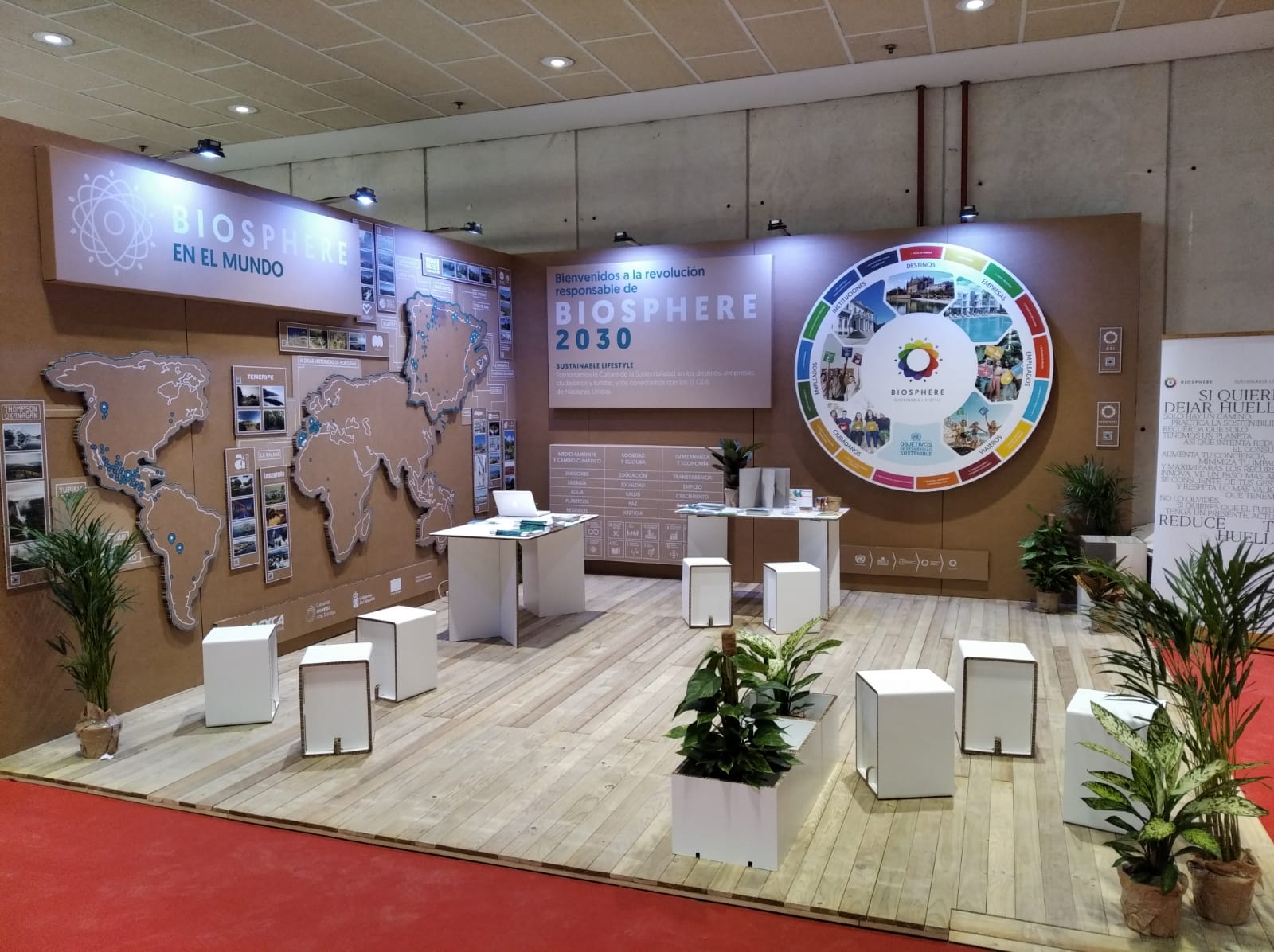 During all the activities that took place in the Biosphere stand, in the exhibition hall number 10 at Feria de Madrid, the most important and recognizable voices in the Sustainable tourism sector came together to insist on their compromise and responsibility at the time of generate, maintain and communicate the values for the tourist responsibility among all. The performed activities were divided into a series of presentations in specific Biosphere destinations (Lanzarote, Victoria-Gasteiz, Thompson Okanagan, among others), presentations of the new methodology aimed at Hotels, Entities, Destinies and the expected Biosphere Destination Community Meeting (BDC).

Although a meeting had been prepared with Sitges City Council at the official Biosphere stand, the bad weather conditions that the city experienced during the fair did not allow the council of urban services of the City Council could come to Madrid. On the other hand, the technicians who were previously at the fair came to have a meeting with their RTI managers. 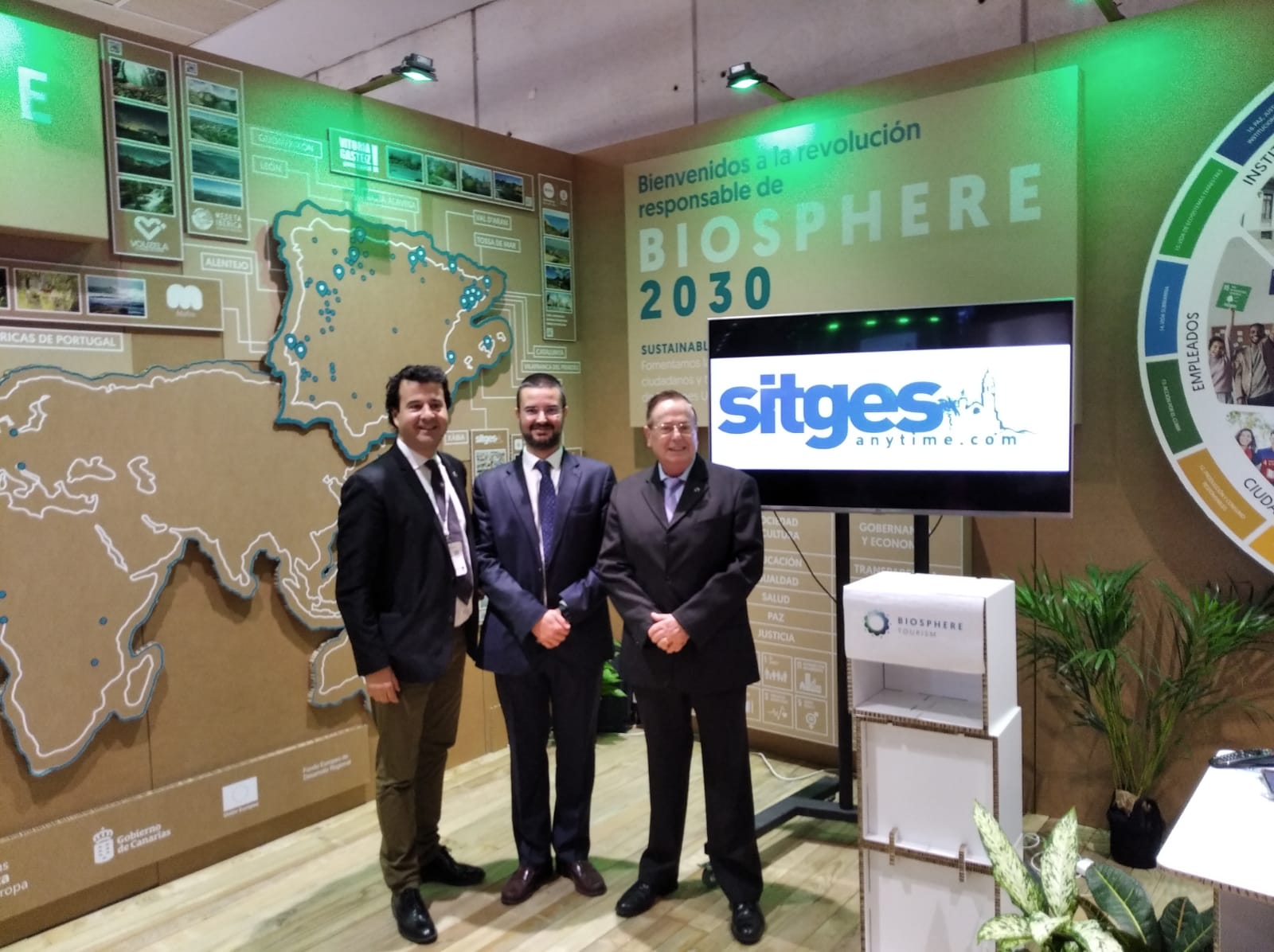 It was a pleasure to receive the representatives of the Sustainable Destination Biosphere Lanzarote, SPEL- Turismo and Asolan at the presentation of the destination, which took place at the Biosphere stand on Thursday 23 January, from 12:00 to 12:30h, after the meeting of the Biosphere Destination Community. It is worth mention the delivery of Biosphere Smart certificates to all those companies that have achieved this certification. Congratulations! 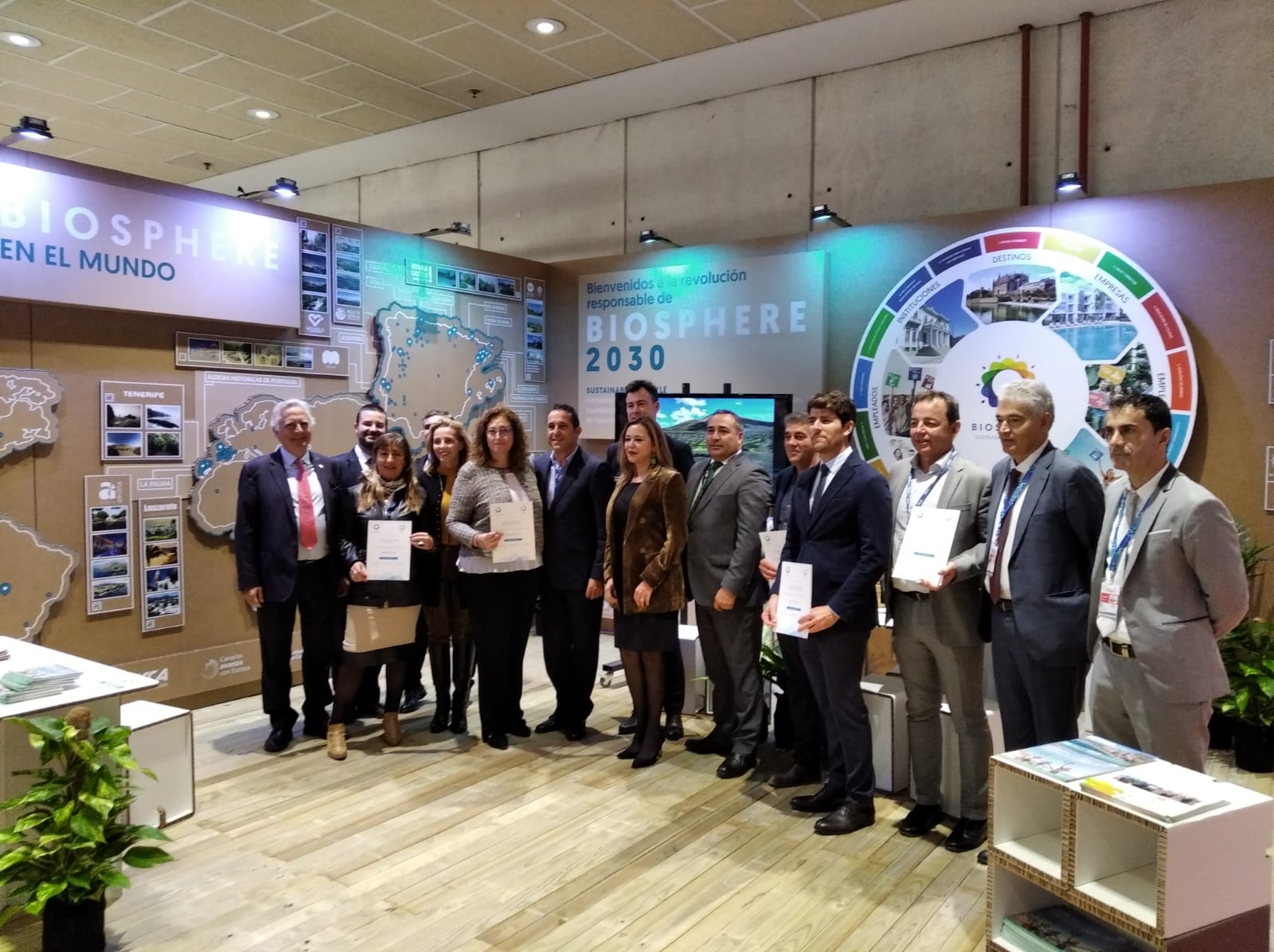 This new Destination, to obtain the Biosphere Certificate, was clear on Thursday 23 January at 11:30h, since the signing of the Letter of Commitment between the President of the Provincial Council, took place. Mr. Joan Talarn Gilabert, and Mr. Tomás de Azcárate Bang, President of RTI. We are very proud of you being part of our Biosphere team. 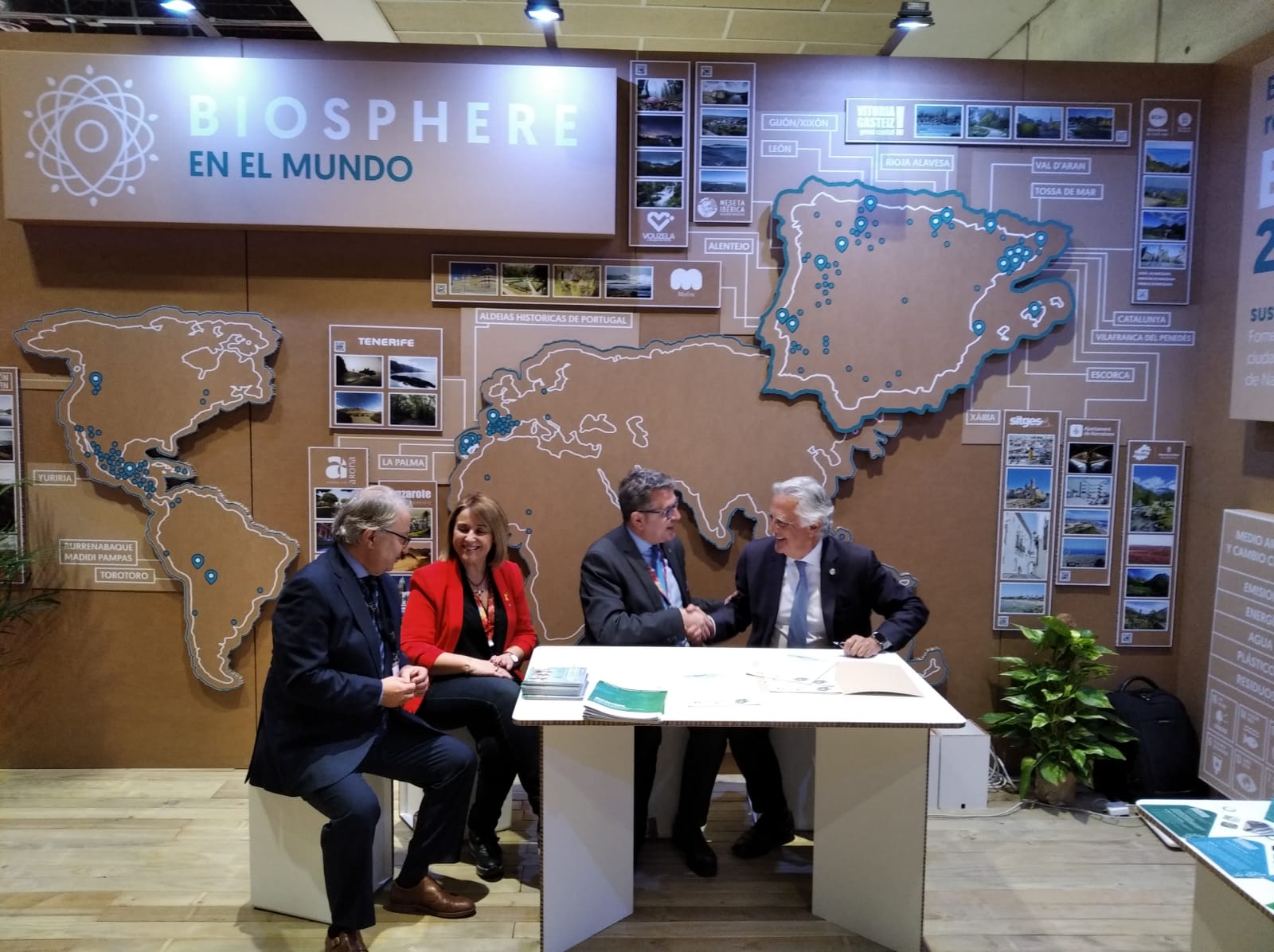 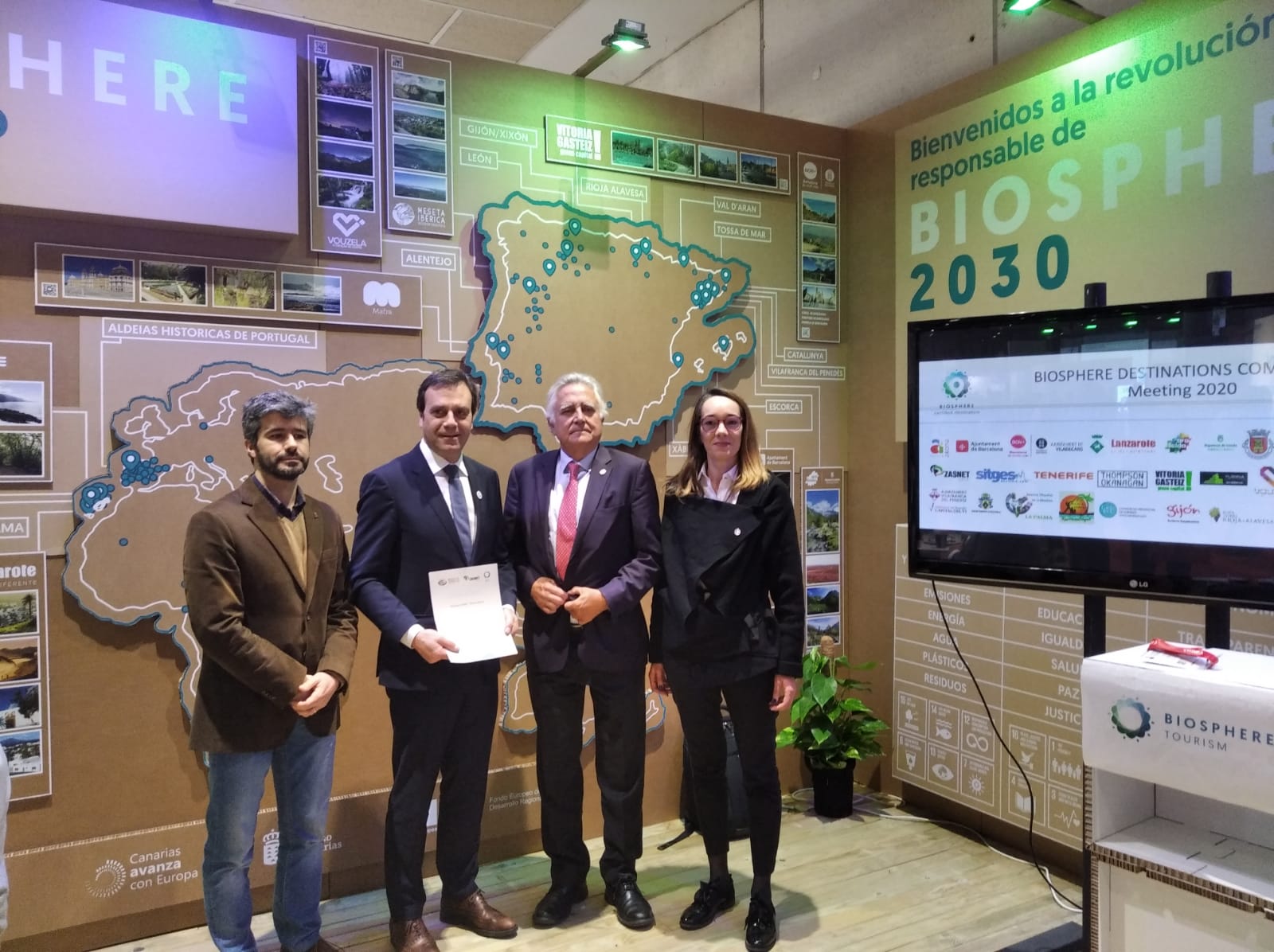 On Thursday, 23 January, from 10:00 a.m. to 11:00 p.mm, just before the BDC meeting, the presentation of Vitoria-Gasteiz as a Sustainable Destination took place. The CEO of the Department of Economic Promotion, Employment, Trade and Tourism of Vitoria, Ms. Maider Etxebarria, gave us a fantastic presentation of the destination and of all those sustainable activities that are taking place since the City Council position Vitoria-Gasteiz in its fight for sustainability. 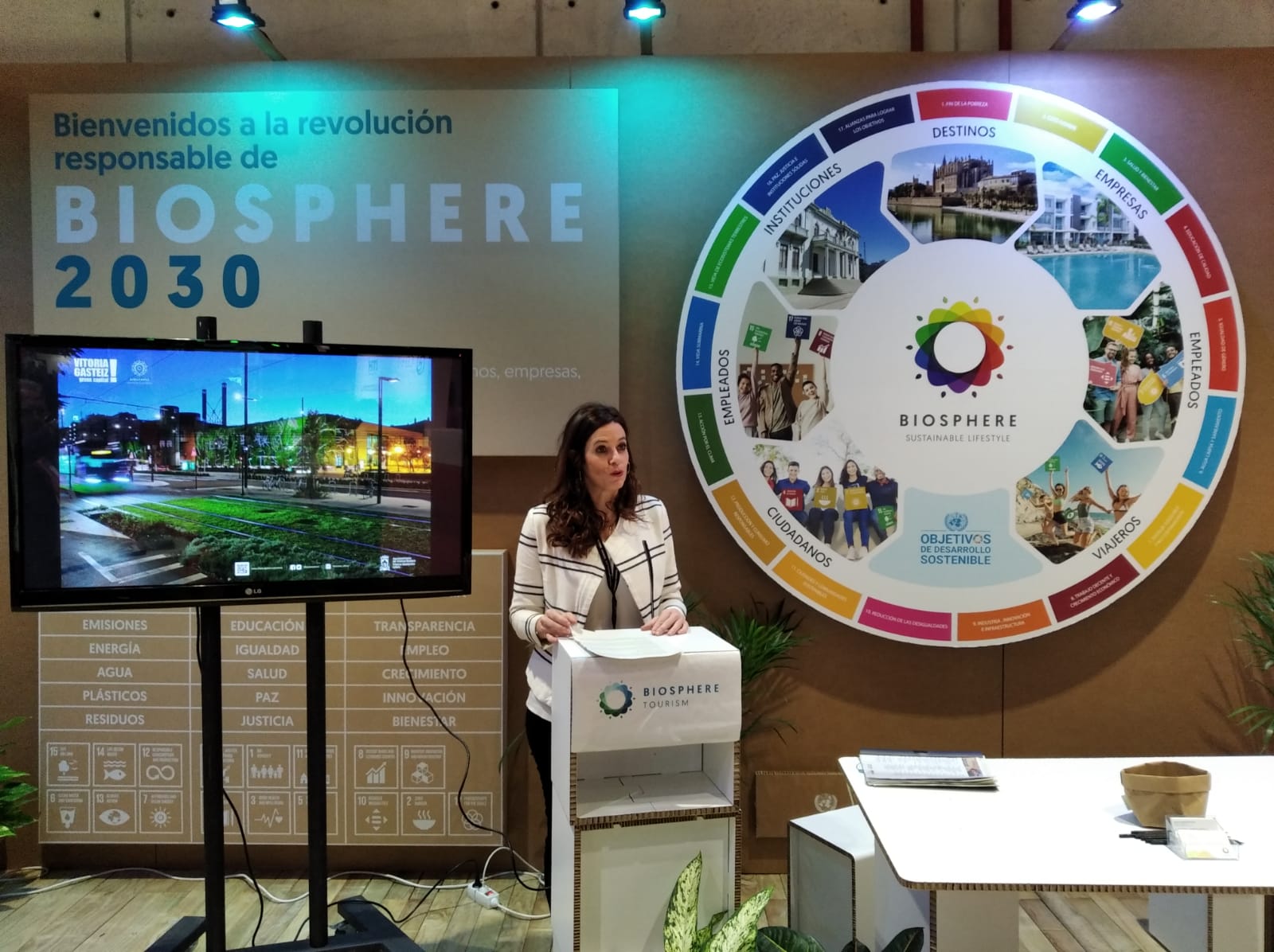 The Thompson Okanagan destination was undoubtedly the protagonist in FITUR, within the framework of the Biosphere stand. After being commissioned to coordinate the Biosphere Destination community last year, Thompson Okanagan Tourism Association CEO moved his pride in having led the BDC and his destiny could serve as an example of implementing sustainable community practices developments.

The meeting was held on Thursday 23 January from 11:00 to 12:00, in the Official Stand of each community located in the exhibition hall number 10, stand 10B01A during the touristic fair FITUT (Madrid, Spain). In this encounter, all efforts made by the Community were shown during an open event whit a great repercussion, where all the fellow destinations participated as well as other guests and relevant communicators. During the act, the change of witness from the Canadian region of Thompson Okanagan to the Historical Villages in Portugal took place, which will be the coordinator of the community of destination during this year 2020. 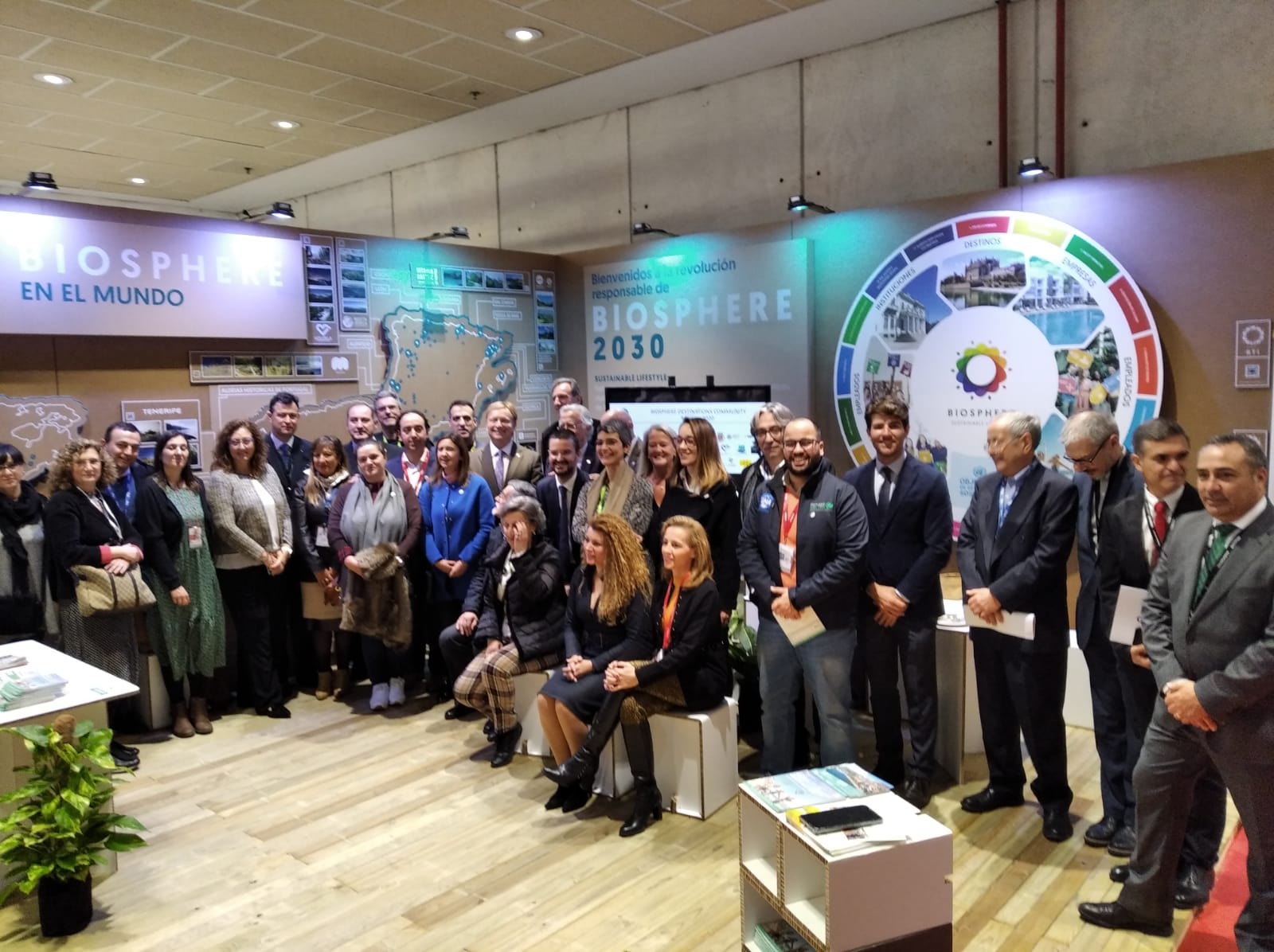 It is worth noting the presence of Patricia Araujo, head of the Delegation of Portugal, 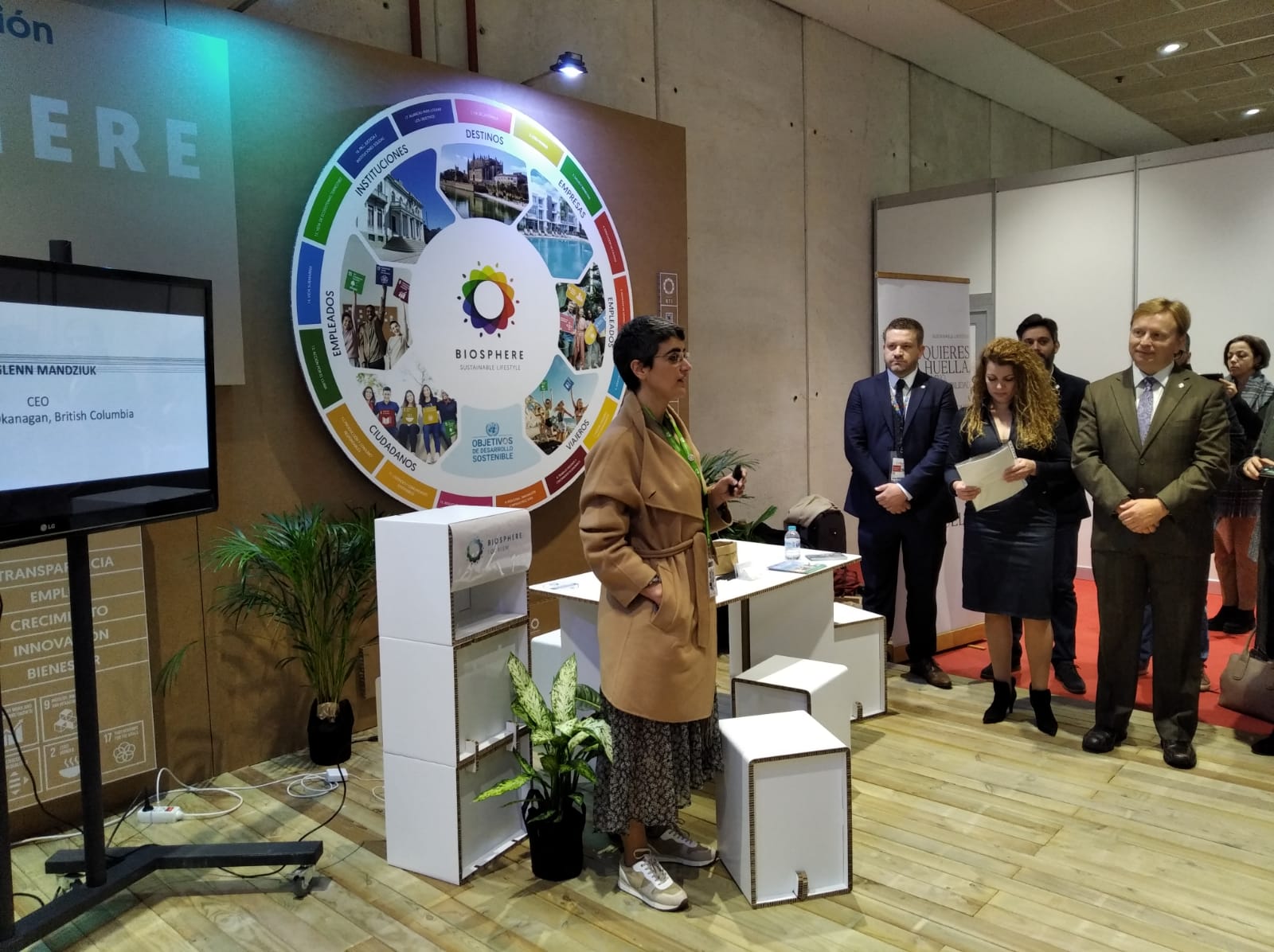 Dalila Dias, new leader of the BDC and responsible and coordinator of Aldeias Historicas from Portugal, 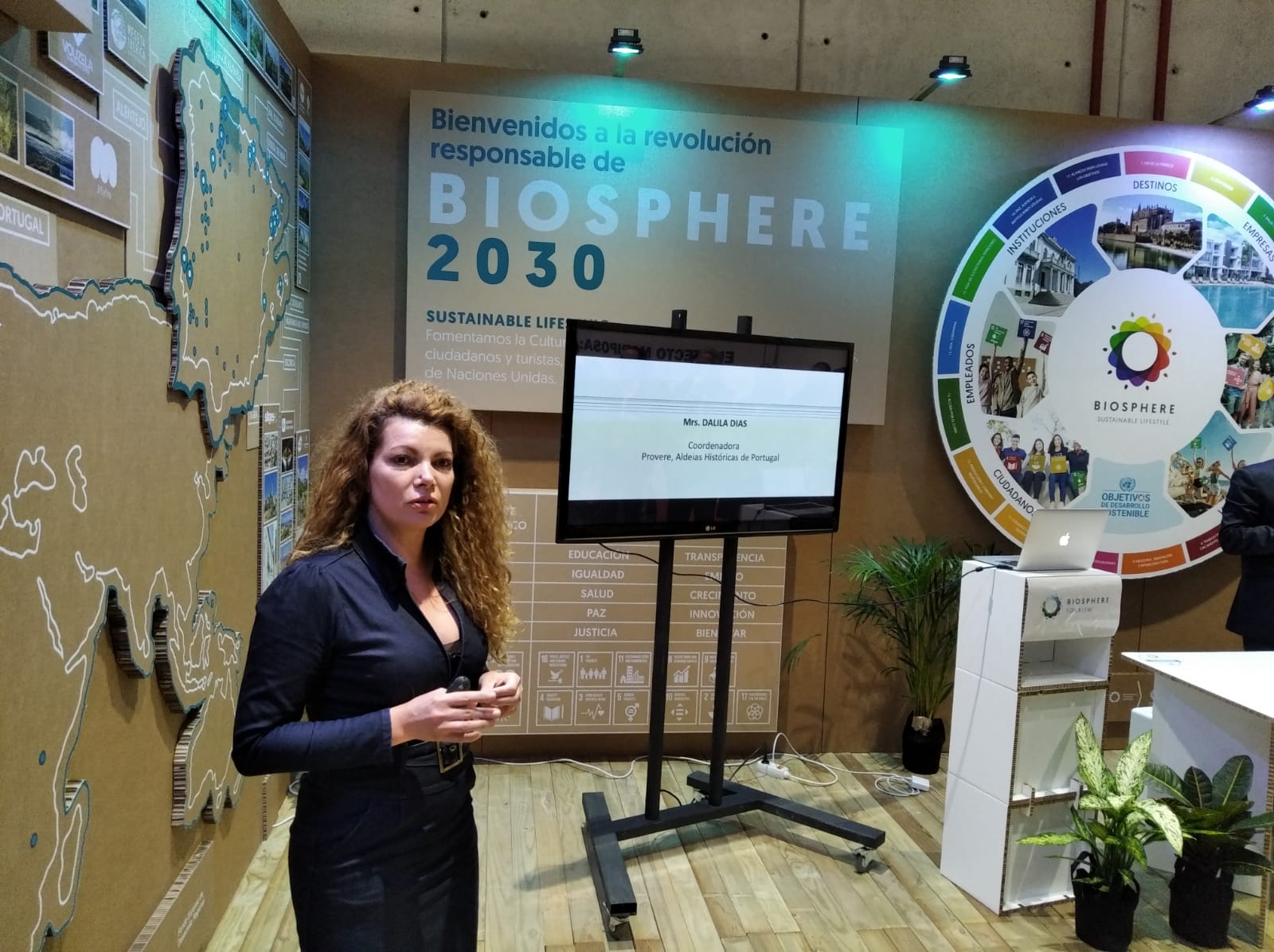 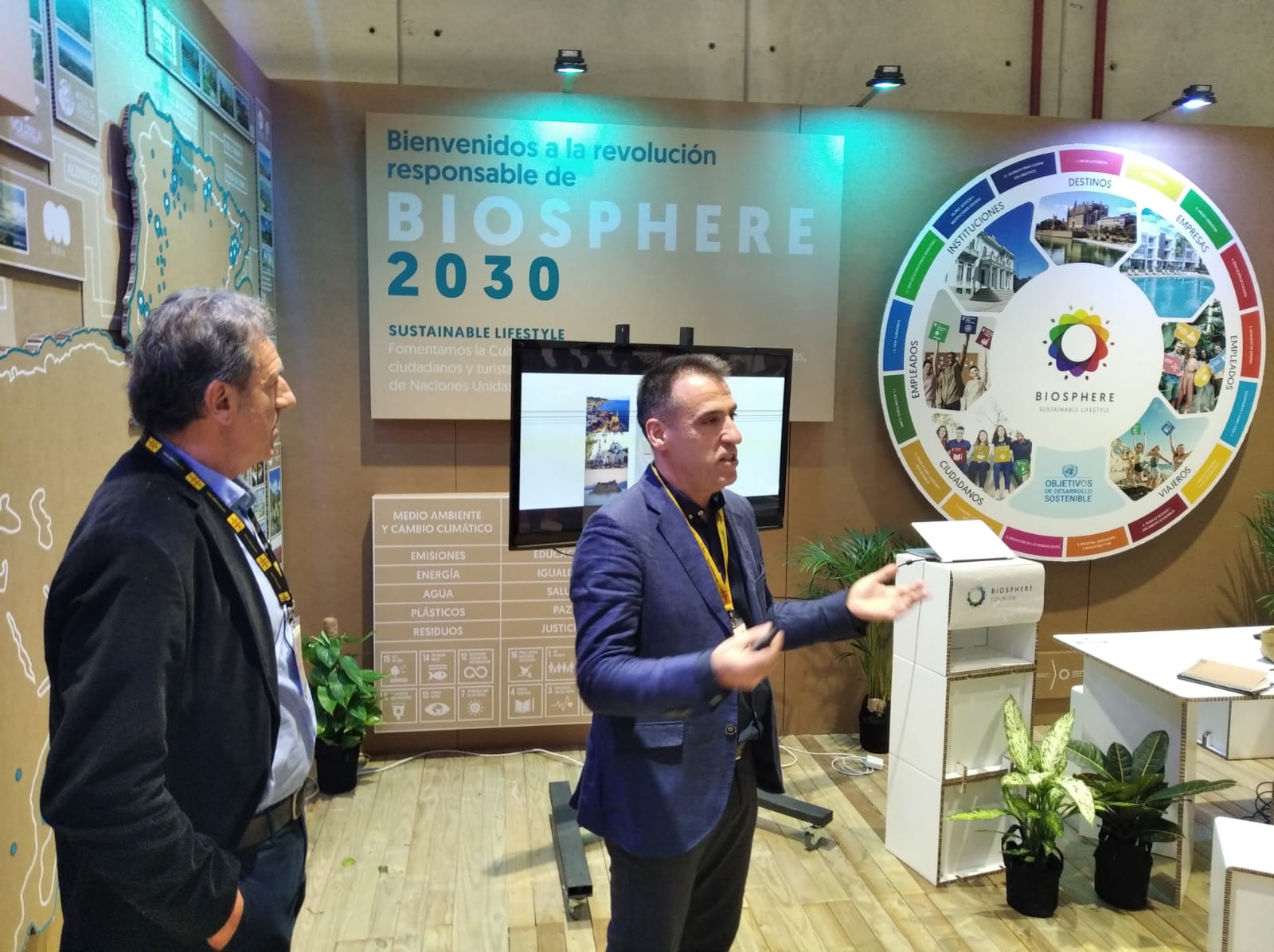 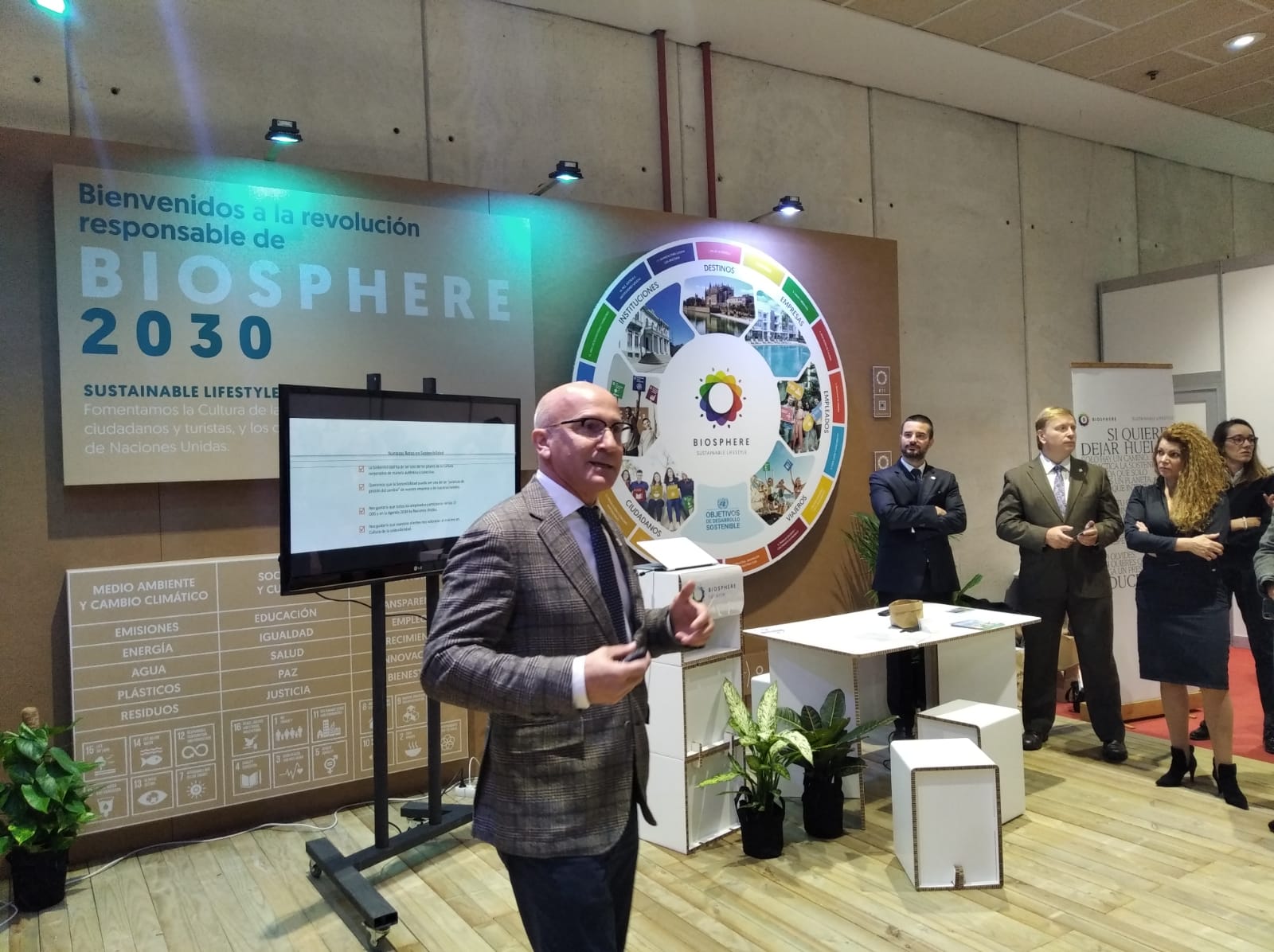 As a novelty of this year 2020, RTI collaborated with FITUR to reward the “Most Sustainable Stand FITUR” award, a recognition of the efforts of all those exhibitors in the sight for sustainability. With this prize, FITUR wanted to emphasize the concerned of both the organization and each of the exhibitors for this topic and its alignment with the 17 ODS, the basis of the work of the RTI. In this first year, the two winners were the stand of Andalusia and that of Paradores, for the impeccable management in the stand before, during and after the fair. Congratulation! 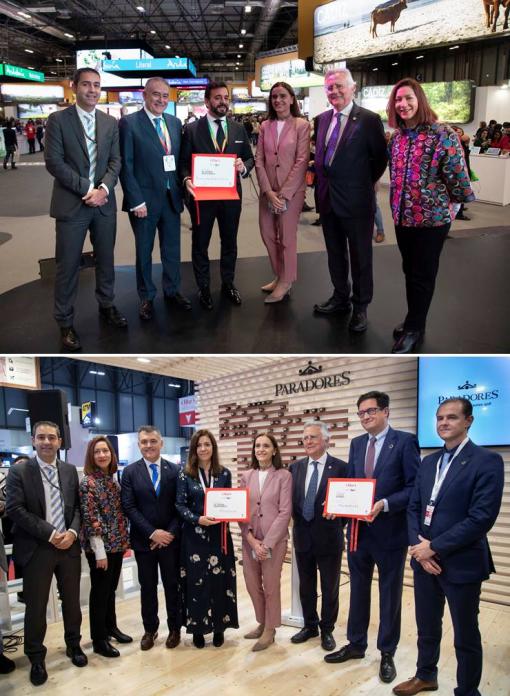